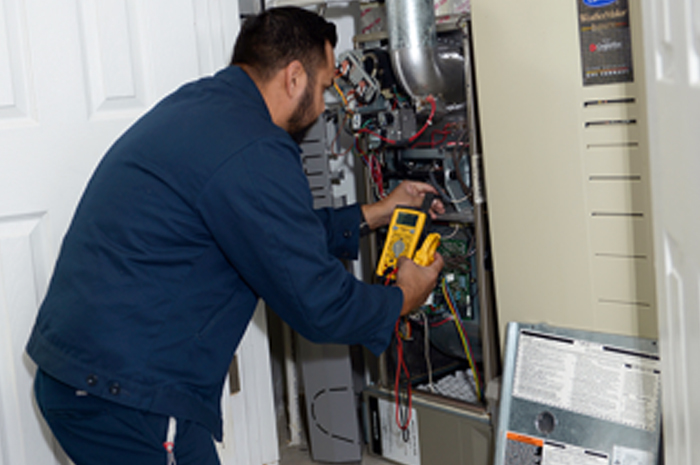 He’s a Retired from US Army in 2008 and began work as HVAC helper in January of 2009. Graduated as Top Graduate from HVACR School, with a 4.0 GPA in January of 2010. Worked as a service technician for HESS Air from January 2010 to March 201

Worked as an HVACR service technician and installer for Atlas Electric and AC from March 2010 to December 2015. During this period, was promoted ahead of peers to a supervisory position, as well as initiation and management of the Refrigeration department.

Free estimates are provided for work that would be more involved than a service call.

Call us or fill-out the form below to contact us

Call us or fill-out the form below to contact us